Michael McGrath has served Grace Community Bible Church faithfully since October 2014.  On Sunday, May 23, 2021, he announced to the congregation his plans to relocate to Eastern Tennessee to plant a church.  Please be in prayer for the McGrath family as they begin this new ministry.

Michael and April have been married for twenty five years, and they have been blessed with three wonderful sons.

Michael is a graduate of The Master's Seminary, under the direction of John MacArthur, and is committed to the faithful, verse-by-verse exposition of Scripture.  Michael has served in pastoral ministry for 25 years, and his goals include preaching passionately, serving faithfully, instructing carefully, discipling wisely, and evangelizing diligently. 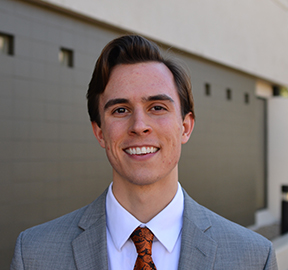 Henry is married to Allie.  The Lord has blessed them with two daughters, Hannah and Elizabeth.

Henry and Allie moved from Texas to California where Henry attended The Master's Seminary.  They are excited to be back in Texas as of 2019 and serving at Grace Community Bible Church.

The Elders of Grace Community Bible Church are responsible for all aspects of pastoral care, including shepherding and overseeing the congregation, with specific care given to the faithful exposition of the word of God, maintaining purity of life doctrine, caring for the spiritual needs of church family, administering the church ordinances and conducting church discipline.

The Deacon's role is one of administration and serving the flock, maintaining the physical property and finances, as well as other areas of service designated by the Elders.