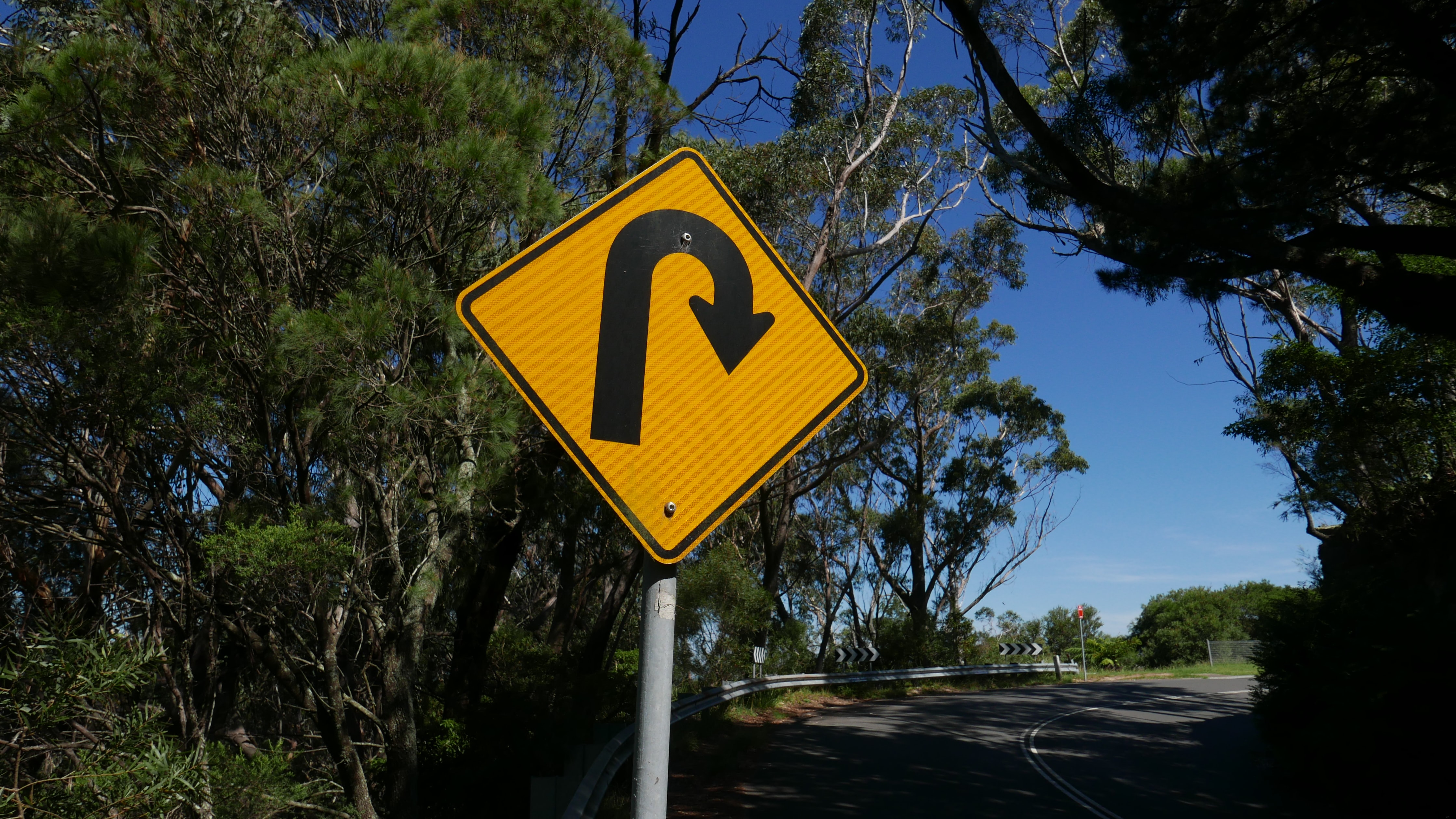 If you ask the world what they think of repentance, here are some of the answers you’d collect, as illustrated through Biblical examples. In Matt 19:16–22, you see the rich young ruler who after seeing Jesus' exclusive call upon his life, saw repentance as difficult. In Matt 9:9–13, after Jesus called Matthew to discipleship, He exposed the Pharisees who thought that repentance was not necessary. In Acts 19:21–41, after Paul was teaching about the call to follow Jesus in the gospel, the silversmiths chose to indulge in their sin over turning to Him in faith. Those appear to be the main three camps and excuses. Repentance is difficult, it’s not needed, or it’s not worth it because sin is to be preferred. That’s what the world thinks of Biblical repentance.

Having spoken about those outside of Christ, turning to those who are in union with Him, I do not believe that most people in the church think of repentance as beautiful. A statement like that might surprise you. However, in my interactions with individuals in various churches, most often repentance is thought of solely as a requirement. It is certainly necessary, don’t mistake me, the issue at hand is that repentance appears to be often seen in terms of duty and not delight. My question for you is, why isn’t it seen as both? That’s why this article exists.

Repentance is one of the sweetest words when understood in the context of the gospel. It should evoke thoughts of the grace of God. It should make you rejoice. It is a key that unlocks joy in God.

The term used for repentance is “μετάνοια.” It’s a compound word made up of the prefix “μετά,” or after, and “νοια” referring to thought. The idea is of a change of mind. After something occurs you think differently about it.

The term itself was used in ancient Greek, but not just within religious contexts. There’s an example in Polybius’ Histories of an admiral of Rhodes named Xenophantus who went out on a scouting mission to see if the Byzantines had changed their minds because of the war taking place around them. He wanted to see if they decided they no longer wanted to fight. That’s earthly repentance. In seeing the destruction, would they change their minds which would lead to a change in action, in not continuing in war?

A more modern example (albeit from the 19th century) of earthly repentance is seen in Pride and the Prejudice. When it’s discovered that Mr. Darcey paid for Lydia’s wedding to prevent the ruining of the family name, Elizabeth goes from being frustrated with Mr. Darcey, to being extremely thankful for him. This moment of realization leads to changed actions from Elizabeth toward Mr. Darcey, which is evident when she speaks with her father.

In Acts 11:18, after the church heard Peter’s story about the addition of new members from a Gentile background, we read, “And when they heard this, they quieted down and glorified God, saying, ‘Well then, God has granted to the Gentiles also the repentance that leads to life.’” Who gave repentance? Did the Gentile unbelievers muster up repentance by their own bootstraps? Did they just grit their teeth and do more, better? No, God granted repentance to them. It’s a divine gift. God gave the Gentiles a change of mind that led to their changed lives. Because of God’s work in them, they would turn away from their sins (cf. 2 Tim 2:25–26).

What a gift that is! Here is why. Think with me about the gospel without repentance. It changes the gospel. Some movements, like free grace theology, teach that repentance is not part of the good news of the gospel. With a message like that, here’s what could theoretically take place. You could hypothetically have a person who has been regenerated by the Holy Spirit (new heart and all), who looks toward God by faith, is legally declared right by God because of the sufficient, substitutionary death of Christ on the cross, and someone who is adopted into the family of God, but also… someone who has not turned away from their sins. Does that sound like good news? I hope that it doesn’t.

Repentance isn’t remaining as you are. While the summons of the gospel is to come as you are, it is never to stay as you are. God promises that you will look like Jesus (cf. Rom 8:29–30). That’s delightful, overwhelming news. Repentance isn’t only a changed mind about something. It’s not akin to someone saying, yes, sin is bad, but I’ll continue to live in it. That’s not repentance. That’s sin.

True repentance is wonderful because it changes us. We walk in it, and God changes us as we do. Here’s what Paul says the gospel does in the elect in Rom 6:5–7, “For if we have become united with Him in the likeness of His death, certainly we shall also be in the likeness of His resurrection, knowing this, that our old man was crucified with Him, in order that our body of sin might be done away with, so that we would no longer be slaves to sin; for he who has died has been justified from sin.” Jesus has freed you from sin, believer. It’s not that you are sinless in this life, but your sins have been paid for in full, and you aren’t a slave to your former master (cf. Ps 103:12; Eph 2:1–3; 1 John 1:8–2:1).

In conversion, a person turns away from sin in repentance, and to the Lord in faith. You are called to both of these glorious ends, and as you move toward the Lord it is God at work in you to accomplish each (cf. Phil 2:12–13; Eph 2:8–9). That is beautiful. As vile, dark, and depressing as sin is, in repentance, in having a new affection, we turn away from the life we once lived. How refreshing it is to be set free from sin’s total power!

It’s vital to understand that the gaze of repentance is not fixed on changing for the sake of change, no, it’s seen in beholding Jesus––the very door of the gospel (cf. John 10:9; 14:6). Paul says in speaking of sanctification in 2 Cor 3:18, “But we all, with unveiled face, beholding as in a mirror the glory of the Lord, are being transformed into the same image from glory to glory, just as from the Lord, the Spirit.” As we behold Jesus, in the moment of salvation, our desire for Him is greater than any other desire in the world. In seeing Him clearly, the heart flies to Him and away from the snare of sin. In the gospel, repentance is a gift that causes us to run to Jesus (cf. John 6:37; Matt 11:28–30).

Bearing that reality in mind, Paul says to the philosophers and stoics on Mars Hill in Athens in Acts 17:30–31, “Therefore having overlooked the times of ignorance, God is now commanding men that everyone everywhere should repent, because He has fixed a day in which He will judge the world in righteousness through a Man whom He determined, having furnished proof to all by raising Him from the dead.” That’s great! All men are called to repent, not just some. I hope that you can see what a monumental grace this call is, to repent, because it is a call to Jesus Christ, Himself. When you call someone to come to Christ, you are calling them to turn from all lesser loves and treasures to Him who is the treasure hidden in the field (cf. Matt 13:44). You call men, women, and children to the Supreme Love, the only one in which their souls can truly be satisfied (cf. Ps 63:5; Is 53:1–3; Matt 5:6).

But repentance isn’t just something that occurs in the moment of salvation… it is a lifelong gift given to the believer in Christ (cf. 2 Cor 3:18; Col 3:1–4; Heb 12:1–2). Every time we sin, we are called to repent. We are called to recognize our sin for what it is, sin… and then to forsake it for Jesus. We run back to Him, over, and over, and over again. We keep coming back home, so to speak.

Who is more glorious than Jesus? What is more glorious than coming to Him? You have the privilege, believer, of coming back to Him day after day in repentance. While you disdain sin, you should so cherish repentance. When you have a Biblical mindset concerning your offense against God, and you do a 180 to Jesus, in that, you show Jesus to be more glorious than anything this world has to offer. In Luke 9:23, Jesus says, “... If anyone wishes to come after Me, let him deny himself, and take up his cross daily and follow Me.” The call upon us is to deny our flesh, not monthly, not weekly, but daily and follow Him. We do not rejoice when we sin, but we should rejoice in the gift of repentance given unto us. Not just in salvation, but as we turn back to the Lord when we do sin.

If you are a believer, you need to continue in repentance. You get to continue in repentance, what a privilege we have. Jesus told the church of Laodicea who had become lukewarm in their love for Jesus in Rev 3:19, “Those whom I love, I reprove and discipline. Therefore be zealous and repent.” The life of faith is a life full of repentance. It’s thinking about Jesus rightly and turning back to Him away from sin. John the Baptist taught about what a relationship with God looks like when he said in Matt 3:8, “Therefore bear fruit in keeping with repentance.” We continue in repentance. Robert Murray M’Cheyne famously said, “The sunshine is always sweeter after we have been in the shade; so you will find Jesus in returning to Him.”

My encouragement to you in this article is this… you should not just see repentance as a duty, you should see it as a delight. When you repent, you are walking in God’s call upon your life (cf. Eph 2:10). In repenting, you are following Jesus and will look more like Him as you turn back; you are sanctified in your repentance and become more of the holy one God has declared you to be (cf. 1 Pet 2:9). Repentance is a gift. Repentance is a treasure that leads to the Treasure. Repentance is beautiful, and I hope that you see it as such.