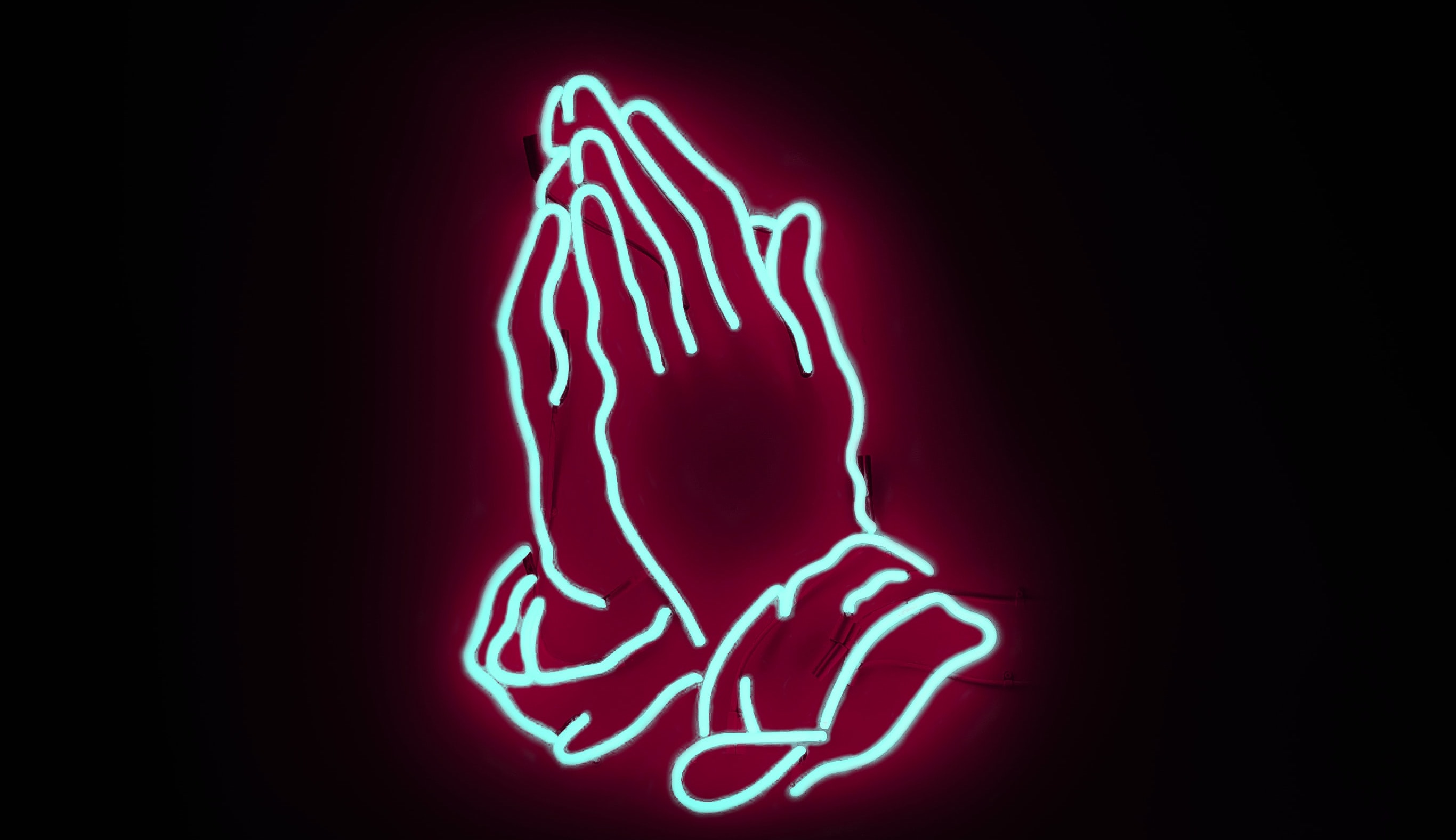 When I was in seminary, I was told stories of a former professor that used to go around with a notebook in his pocket. He didn’t carry this notebook to keep track of students’ grades, or for his schedule, no. He would use this notebook so that when he went around and spoke with his students or others on campus, he could take down their prayer requests. It was his prayer notebook. He would regularly insert new prayer requests into his notebook, but he didn’t stop there. He would spend devoted time praying for each of these students’ requests. Then, he intentionally would follow up with the students to let them know that he had not forgotten their prayer request and that he continued to bring it before the Lord.

That professor has since gone to be with the Lord, but the image has stuck with me of a Paul-like man, a Christ-like man, interceding for the saints.

The knowledge that someone is praying for you should bring about such joy in your heart. After all, prayer is one of the most selfless things you can do for someone else. A person can study the Bible with ulterior motives, to appear knowledgeable in the eyes of men. A person can serve in the church with selfish ambition, to boost one's image before others. Prayer can be made a spectacle too when done before men with that aim but not so when no one else is around.

Jesus taught in Matt 6:5–6, “And when you pray, you are not to be like the hypocrites; for they love to stand and pray in the synagogues and on the street corners so that they may be seen by men. Truly I say to you, they have their reward in full. But you, when you pray, go into your inner room, and when you have shut your door, pray to your Father who is in secret, and your Father who sees what is done in secret will reward you.”

When prayer is done, solely before the Lord, it’s difficult to find evil purposes behind it––unless you go out and brag about how often you are praying. Genuine intercession for a brother or sister is such a precious gift. For someone to invest their time and energy to go before the living God in prayer to ask of Him, not on behalf of oneself, but on behalf of another, is a reflection of a transformed life.

There are few things more encouraging to me in life than when a brother or sister in Christ comes along to let me know that they have been praying for me and then to ask if there is any update. That’s the kind of person that I desire to be toward others, and I believe there’s a Biblical model and precedent for it.

It is a faithful saint who goes to the Lord privately in prayer on behalf of another. That is splendid. Having said that, if that’s all we do, I do believe that there is more joy to be had if one additional step is taken, which I have already alluded to. As beautiful as it is to come before the sovereign Lord to speak to Him, it comes full circle when we let the person that we’ve prayed for know of this reality––not in a braggadocious way and not every time you do it (see below), but rather in a Biblical manner. The apostle Paul does not sidestep Jesus’ words or abdicate them in practice, rather he shows a way that we can practically care for the saints by remembering them in prayer and reminding them of it.

The apostle Paul, not fueled by pride and arrogance, but rather by love and care, was determined to not only pray for his brothers and sisters in the church, but he would also periodically let them know that he was doing it. Why? Why would Paul do that? He wanted the church to know and see a tangible picture of the heart of God as seen in looking after His people.

When writing to the churches, Paul would at times directly mention that he was praying for the people. Sometimes, Paul would do this in a more general sense. At other times the prayers would be more specific. Regardless, the prayers were fueled by a heart that loved God and others.

To show you a more general example, in Col 1:3–8, as Paul begins his letter to the church of Colossae, he begins by letting his brothers and sisters in Colossae know that he has been praying for them.

“We give thanks to God, the Father of our Lord Jesus Christ, praying always for you, since we heard of your faith in Christ Jesus and the love which you have for all the saints, because of the hope laid up for you in heaven, of which you previously heard in the word of truth, the gospel which has come to you, just as in all the world also it is constantly bearing fruit and multiplying, just as it has been doing in you also since the day you heard and understood the grace of God in truth; just as you learned it from Epaphras, our beloved fellow slave, who is a faithful servant of Christ on our behalf, who also informed us of your love in the Spirit.”

Paul rejoiced in the Lord because these were truly saints, those that had been born again through faith in Jesus, by trusting in His death as a substitute for sinners, and His resurrection from the dead. Since Paul found out about the Colossians from Epaphras, likely one of the church planters, he has been consistently praying for them in their walk with the Lord. He does this for their joy in Christ so that they would see the care of Christ on display through him.

As mentioned before, there were also times when Paul would mention the specific ways in which he was praying for his brothers and sisters, not just a more general statement as with the Colossian church family.

Paul tells the church in Philippi in Phil 1:9–11, “And this I pray, that your love may abound still more and more in full knowledge and all discernment, so that you may approve the things that are excellent, in order to be sincere and without fault until the day of Christ, having been filled with the fruit of righteousness which comes through Jesus Christ, to the glory and praise of God.” Paul’s prayer is that the Philippians would abound in their love and discernment to remain faithful to the Lord (cf. Acts 16:12; 20:6). The prayer reflects his heart and shows his desire for their maturity in Christ. He longed so desperately to see Christ formed and flourishing in others (cf. Gal 4:19).

Paul prayed for the churches because he loved Christ’s church. Paul’s love would be seen in him laying down his own life for the church in being poured out like a drink offering. While Paul says that we are to “pray without ceasing” in 1 Thess 5:17, we do see that Paul would also let others know that he was praying for them.

At which point, you might say, those are just prayers for large groups of people. What you were advocating at the beginning was letting individuals know that you are praying for them. That’s correct. To go from a general case for this to a direct one, we should consider Paul’s letter to Philemon. In writing to Philemon about his runaway slave Onesimus who had since become a believer in Jesus, Paul says in Philemon 4–6, “I thank my God, always making mention of you in my prayers, because I hear of your love and of the faith which you have toward the Lord Jesus and toward all the saints; and I pray that the fellowship of your faith may become effective through the full knowledge of every good thing which is in you for the sake of Christ.” Paul prays directly for Philemon, his brother in the faith. Paul lets him directly know this because it’s one of the most loving things you do for someone else and tell someone else. Paul doesn’t do it so that he looks good, rather he does it to remind Philemon of the regard he has for him as a reflection of Christ’s kindness toward His people.

To further show you that there’s no conflict between Paul’s practice and Jesus’ statement in Matt 6:5–6, the model that Paul was building off of, actually was none other than that of Christ Himself. At the last supper, after a discussion broke out among the disciples concerning who was the greatest, Jesus told Peter in Luke 22:31–32, “Simon, Simon, behold, Satan has demanded to sift all of you like wheat. But I have prayed earnestly for you, that your faith may not fail; and you, once you have returned, strengthen your brothers.” Jesus told Peter that He prayed for him. It is Christ-like to tell others the same.

Some of you are already doing this and have been for years. To you, I say, press on. To those who have not been doing so, I ask you to prayerfully consider starting even as we launch into 2023. I think it is one of the most encouraging things that you can say to someone else, that you have been praying for them.